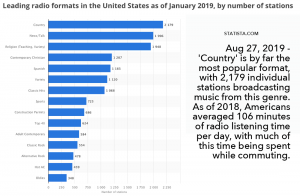 Country music fans are listening to their favorite music nearly an hour longer than those who favor other genres. That’s a key takeaway according to the Country Music Association, which reports that country listeners spend 4 hours and 49 minutes a day with music, compared with non-country listeners’ average of 3 hours and 51 minutes of active music listening.

The audience is also bullish on traditional radio, with 89% of country fans reporting they use AM/FM radio weekly, and 55% tuning to the airwaves daily. Those country fans are also regular weekly users of YouTube (71%), streaming (66%), physical CDs (57%), TV music channels (48%) and digital music (47%).In total, more than 46% of U.S. adults are country music listeners, totalling more than 115 million 18+.

By demo, 41% of Millennials say they are country music listeners, joined by 42% of GenXers and 39% of Boomers.

The CMA also studied increases in country music listeners by demo. Since 2005, the organization says that the Millennial audience is up 54%, African Americans have increased 33%, Hispanic adults are up 25% and white, non-Hispanics 18+ have risen 7%.Country music fans also spend $100 more on music than the average fan, at $392 over the past year. Half of the audience has also bought music and concert tickets, with 36% saying they have downloaded music. 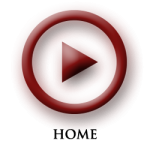 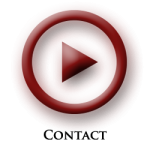